It’s Day 3 of the Set Free Summit, and the theme is hope.

Our presenters empowered us with practical tips, tools and approaches to help those affected by pornography. Whether we’re working with a woman who struggles, a betrayed wife, a parent trying to talk to their children about sexual temptation, or a mentor trying to reach millennials, everyone needs hope that it’s truly possible to be set free.

Jessica Harris, founder of Beggar’s Daughter, shared that 13% of Christian women say they never watch pornography, according to a Barna study. Many church leaders shy away from addressing the issue among women in order to “not cause problems or issues.” Harris read a letter from a 14-year-old girl who had been looking at pornography since she was 11. She said this is just one of the many examples of people struggling that we mostly choose to ignore.

Pornography is sneaking up on us while we are fighting other battles. It robs us of our sense of worth. We need to find those who are struggling and stop ignoring the issue’s existence among women.

Question: What’s the first step to helping someone?

Answer: Freedom is not about breaking free from pornography. It’s about finding Jesus. You need to teach others how much Jesus loves them and how much He wants to give them something better. Prepare women to counsel other women.

Answer: The problem with both is, the person is focusing on themselves. Their behavior shuts other people out. You can’t have a successful relationship with anybody by focusing on yourself.

When a husband is addicted to pornography, his wife often bears the fallout of his choices, leaving her shattered, betrayed, and alone. Vicki Tiede exposed a few of the top myths concerning porn’s impact on marriages.

Myth 2: The marriage will be restored automatically.

Reality: It’s so much more complicated than that. The wife’s healing is critical. She is dealing with the daily fallout of his choices. Giving both partners a study guide does not mean they will figure things out. Silence and burying their feelings only makes the problem worse.

Reality: There are still feelings of hurt and distrust. Forgiving and trusting are not the same thing.

Question: How much disclosure should a husband give to his wife about his pornographic actions?

Answer: It’s best for the man to admit it to her rather than be caught. The wife will likely be traumatized.  Give her time to process the information and allow her to control how much she wants to hear at a given time.

Session 14: The Power of Accountability

After he tragically lost his wife and two children in an auto accident in 1992, Ron remarried and was blessed with a second family. The loss of his first family made him value the protection of family all the more.

“I thought about getting a filter, but they underblock and overblock. Filters encourage sneaking around and give parents a false sense of security. Rather than legalistically blocking the sites, I wanted to train them on the disciplined use of the Internet,” he said. “I wanted accountability.”

Accountability is always the best way to deal with sin. Always. Software alone is not the solution. Good parenting and the Church are the solutions. The key ingredient is YOU. You are the ultimate solution.

Session 15: Parenting in a Dirty World

Dr. Doug Weiss and Donna Rice Hughes helped prepare attendees for the next time parents come asking for advice about what to do now that their child has seen pornography.

If Satan can seduce you, he can reduce you. He’s after our children’s brains. Sexual sin attaches people to things, making it different from any other sin (1 Cor. 6:18). Weiss explained how shame can paralyze the way you think about things. Satan wants to get involved in our kids’ development to destroy them with shame.

Question: What do you do about Snapchat?

Answer: Any of these apps can be used for good or evil, just like the Internet. Parents should do their homework on apps before allowing their children to use them. Even good-looking apps can have a browser attached that can be used to access pornography. 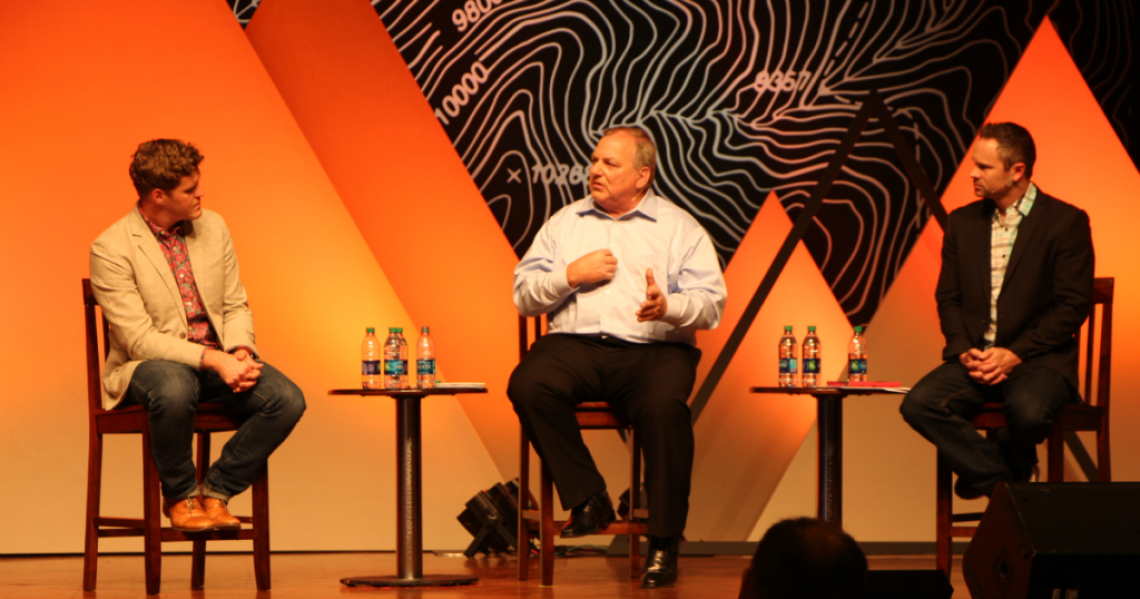 Children in their teens and early twenties live in a culture that has accepted pornography as a normal part of life, so how do we help these young adults turn toward wholesome sexuality? Clay Olsen, Michael Leahy, and Dr. Sean McDowell share a few main thoughts:

Millennials are motivated by activism and social change more than money, said Olsen. They trust science. Fortunately, science has caught up with truth on pornography. College students across the country are changing people’s perceptions on pornography. They’re spreading the message that #PornKillsLove.

The secret to success is discipleship, not a single conversation. Students want authenticity. McDowell expressed that a mentor’s greatest gift is the love he or she gives to those they are mentoring. It’s authentic love that helps address a person’s deep-rooted relational issues and truly sets us free. If our relational needs aren’t met by our family and friends, we look for counterfeits, which includes pornography.

Question: Is it okay for a man and a woman to watch pornography with each other?

Session 17: The Spiritual Aspect of Pornography

Session 18: A Biblical View of Sexuality

Pastor Jacob Aranza shared why marriage is under attack. If you don’t understand the purpose of something, you abuse it. God instituted marriage and family, and if you want to see what God wants to use, see what the devil tries to redefine and ruin.

Today’s sexual immorality results from a progression through four stages:

Pastor Aranza also stressed that God made sex good and for us to enjoy, but human beings can never satisfy us like God. God gives us boundaries around sex because He wants to protect and provide for us. The mission of the modern church is to rescue sex.

Children will imitate what they see at home. As Pastor Aranza expressed, the strongest antidote to the lies of pornography is a husband and wife that love each other. “There is no substitute for a mama and a daddy who love Jesus with all their heart.”