You, ultimately, get to decide for yourself if Jesus’ resurrection is fact or fiction. Choose wisely.

In this year-long blog series based on Josh and Sean McDowell’s extensively updated classic, Evidence That Demands a Verdict, we’re focused on proving to you that the Christian faith is rooted not in fairy tale, but on historical fact that confirms that Jesus lived, was crucified by the Romans, died on the cross, and resurrected.

In this post we’re honing in on four facts that validate His resurrection: the empty tomb, the left-behind grave clothes, post-resurrection appearances by Jesus, and lack of opposing Jewish refutation. If you missed our earlier three posts on the resurrection topic, you can view the first post here. 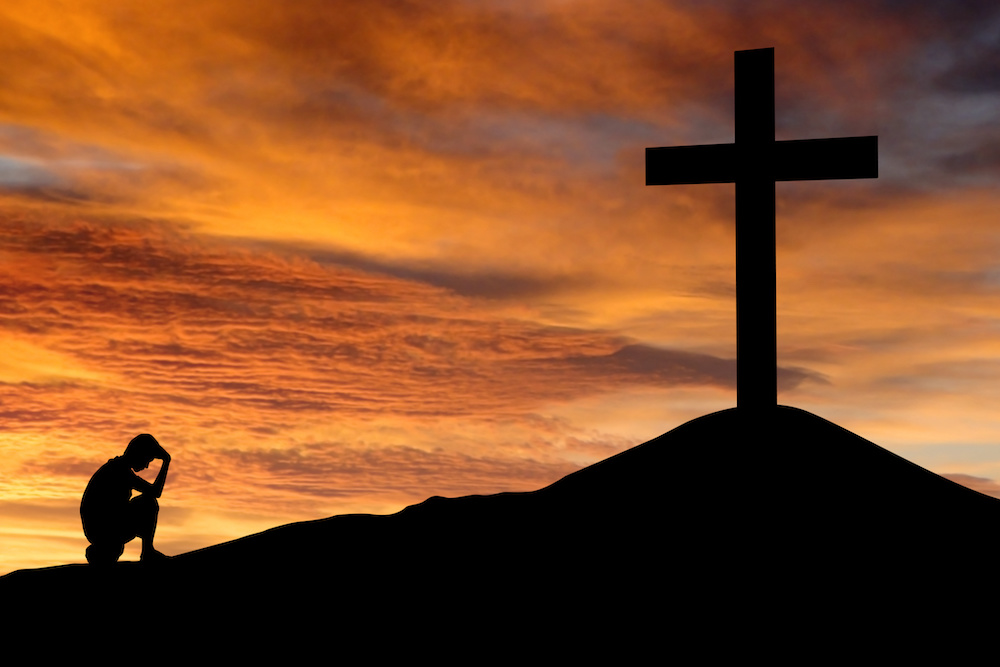 Jesus’ body was buried in the tomb of Joseph of Arimathea, a member of the Sanhedrin — the ruling body of Jews who ensured Jesus’ crucifixion.

It is highly unlikely that the Gospel writers would fabricate this detail, given the hostility the early Christians would have felt toward these Jewish leaders. They must have thought, “How the heck did this happen?!” But in asking for Jesus’ body, Joseph — a secret follower of Jesus — put his reputation and social standing in jeopardy to provide Jesus with a proper burial.

Assisted by Nicodemus, a fellow member of the Sanhedrin, Joseph helped to fulfill Jewish prophecy about Jesus uttered hundreds of years prior: “He was assigned a grave with the wicked, and with the rich in his death, though he had done no violence, nor was any deceit in his mouth” (Isaiah 53:9).

The Gospels also tell us that, among His followers, it was the committed group of women who first noted the empty tomb. The fact that the women brought spices to anoint Jesus’s body clearly shows us that they did not expect Jesus to beat death. But they were surprised to see the stone rolled aside when they reached the tomb.

Why does the testimony of the women help to validate the historical truthfulness of the empty tomb? Because at the time of Jesus, in first-century Mediterranean culture, women weren’t considered credible eyewitnesses, given their low status in the eyes of the courts. One of them, Mary Magdalene, had been previously possessed of seven demons before Jesus healed her. She, perhaps, would have been viewed as the least reliable witness among them.

The fact that the Gospel writers acknowledge that women — not men — were the first to proclaim Jesus’ resurrection shows us that the writers weren’t interested in embellishing the story to make it more palatable to contemporary readers. (Gals, don’t you love that God refused to be boxed in by cultural norms of the day?)

Hearing the women’s eyewitness account, Peter and John found their courage and ran to see the empty tomb for themselves. Just as fast word spread that the tomb was, indeed, empty. This common knowledge explains why there is no mention of people continuing to view Jesus’ tomb site as a place of religious worship, though the practice was common at tombs of other prophets and holy persons in Jesus’ time.

Imagine the consternation among the Jewish authorities. Here they thought they’d rid themselves of the Jesus “problem,” but the “problem” refused to quietly die. Ironically, these Jewish leaders knew, from the eyewitness accounts of the terrified soldiers, that a supernatural resurrection had occurred. Yet they stubbornly refused to acknowledge and receive Jesus as the long-awaited Messiah.

Their flimsy story about the disciples stealing Jesus’ dead body might have held up if Jesus wasn’t repeatedly seen, alive and in full possession of His mind and body, meeting with people.

The Bible tells us that Peter and John were the first disciples to spot the abandoned burial clothes:

Have you ever wondered why Jesus’ grave clothes were left behind? It’s such an interesting detail. If grave robbers took Jesus’ body, what would be their purpose in laboriously removing the spices-laden burial clothes (75 pounds of myrrh and aloes, per the Bible) from Jesus’ lifeless, mutilated body? Body snatching isn’t a leisurely activity — it’s a quick, clandestine activity.

The abandoned grave clothes, then, serve as yet one more detail, clearly orchestrated by God, that factually support the truth of Jesus’ resurrection.

To both the women and the disciples, Jesus appeared in a physical, resurrected body — not in a spirit form lacking physical matter, as the “lost” Gnostic gospels would have us believe. The disciples touched Jesus’ wounds, spoke with Him, and even ate with Him. There was no way the disciples would later be convinced that they were merely hallucinating. Because they interacted with Jesus in the flesh, they were able to fully support the claim that Jesus lived.

Jesus was not just a spirit, and the term “resurrection” is not just a figure of speech. Jesus appeared to his disciples in His human body, though it now possessed supernatural attributes. Jesus could, for example, appear and disappear at will.

Silence of the Jewish Authorities

The Jewish leaders could not adequately explain the empty tomb. From our modern perspective it appears that they fumbled the ball in coming up with a good rebuttal. Seriously? The best they could do was suggest and spread the fictitious tale that the disciples took Jesus’ body?

The church was founded on Jesus’ resurrection; disproving it would have destroyed the whole Christian movement. Yet the Jewish authorities focused their efforts on post-event intimidation: threatening, beating, flogging, imprisoning, and even killing the disciples when they refused to give up their faith.

The bottom line: The world-changing impact of the empty tomb can’t be underestimated — not in Jesus’ time and not in ours.

Sean McDowell puts it this way:

Christianity was a movement begun by Jews in Jerusalem not because they were all tired of Judaism and wanted to invent something new. It was birthed because they experienced such a life-changing experience interacting with Christ. No evidence exists that the earliest Christians considered the resurrection secondary; rather, the centrality of the resurrection in the earliest creeds, which pre-date the New Testament books (for example, Romans 1:3-4, 4:24-25; 1 Thessalonians 4:14; 1 Corinthians 15:3-7) shows just the opposite — that the resurrection, its historical reality, itself grounded faith in Jesus as Messiah.

Let’s remember that the disciples in the Gospel accounts were slow to believe that Jesus was alive. They are not portrayed as poster children of amazing faith. That is believable: the disciples experienced the same issues of faith that you and I face. Will you choose to believe in Jesus’ resurrection? For you, is it fact or fiction? 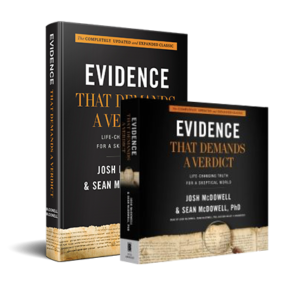 This blog post highlights Josh and Sean McDowell’s recently revised apologetics classic, Evidence That Demands a Verdict. We are certain this fully updated and expanded resource will be an effective evangelism tool for you, and strengthen your faith by answering the toughest questions tossed to you by skeptics. Know what you know, because it’s true. But share this truth with LOVE!